The ancient Greek sage Pythagoras believed that geometry was the knowledge of eternal existence. He once said: “In the vibration of strings, there is geometry; in the distance between planets and spheres, there is music.” It is his wisdom that laid the foundation for the contributions of many great men and sages in later generations in mathematics, physics, astronomy, interstellar, and cosmic science. It is because of such inheritance of Pythagoras’s Tetrikti triangle (Chi X), Professor Barbara Hero can formulate the Lambdoma Matrix, which provides Professor Hsieh, Ju-Kuang the foundation to further developments of higher dimensional vibrational frequencies, hence construct the “Cosmological Life Science” through the collection of “spectral code” received from the universe.

Human is the microcosm of the universe, hence inward is outward. The key to connecting with the outer universe (macro universe) and the inner universe (micro universe) is the cosmological life science and its spectral code of frequency and resonance. Hence the “Cosmological Life Code” is the key to human DNA and RNA, the wisdom of the Book of Changes, and also the relationship between the two.

Focusing on the research, development and promotion of “spectrum”, Lambdoma Intelligent Medical Technology Co., Ltd. is a business entity with the vision of cosmology, universal love, and the improvement of human consciousness. It was founded by Professor Hsieh, Ju-Kuang in 1984 with mission of reaching harmonious balance in collective consciousness through purify and transform human consciousness. As an authority in the field of music therapy in Taiwan, the developing path of Lambdoma Spectrum starts from resonance therapy and music therapy, and is committed to the promotion and education of “Cosmic Nature Harmony Tune” and “Microcosmic Music Therapy”. Since the introduction of the “Lambdoma Keyboard” in 2011, it has been used for extension to the development of “Medical Spectrum”: the medicine in the form of precise core frequencies that resonate harmoniously. Since then we conduct education, promotion, product development and innovative technology in the field of frequency. In recent years, the practicability of spectrum resonance has been extended with a variety of frequency tools and vehicles such as spectrum resonators, essential oils, amino chips, and bio-energy detection systems, all have been derived to help people better enter the field of spectrum.

Raising the level of human consciousness is the vision for Lambdoma. In order to deliver universal wisdom through educational promotion and frequency tools, the knowledge of the frequency resonance of the big universe and the small universe shall be passed on to more people. Jointly human can build the mission of improving the earth’s environment and optimizing the all-round health of human beings. 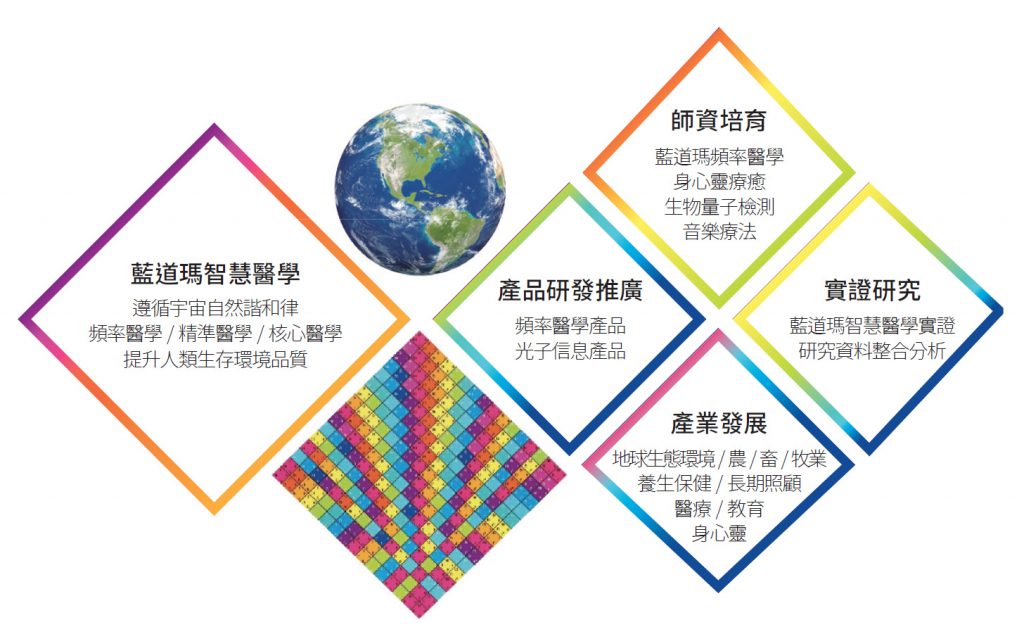 Driven by such vision and mission, Lambdoma Intelligent Medical Technology Co., Ltd. further integrates resources to establish a platform using Professor Barbara Hero’s Lambdoma spectrum wisdom. Such platform consists of our company and the “International Lambdoma Research Institute”, “Institute OF British Micro Music “, “Lambdoma Intelligent Medical Technology Co., Ltd.” and “Lambdoma Genetic Engineering”. The platform “Lamdoma Intelligent Medicine” includes four areas: “Industry Development”, “Product R&D and Promotion”, “Empirical Research” and “Teacher Training”. It has brought together the recognition and support from scholars and experts all over the world as its participants jointly utilizing resources to improve the awareness of spectrum to the public.

HOW TO CHOOSE LAMBDOMA PRODUCTS?

Discover more about the knowledge of frequency and understand how to choose the suitable resonator products for yourself.

Founded in 1984, Landoma Intelligent Medical Technology Co., Ltd. focuses on spectrum research and development, and is committed to the promotion and education of “Universal Natural Harmony Frequencies” and “Microcosmic Music Therapy”. The vision of raising the level of human consciousness is realized by passing on the knowledge of the resonance of the frequencies of the big universe and the small universe.